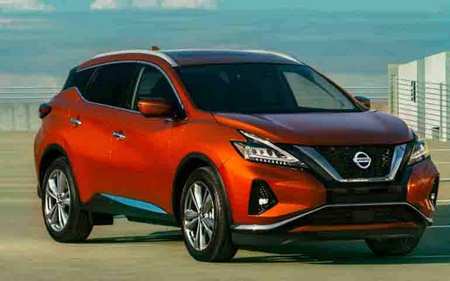 Beautiful, comfortable, its reliability is time-tested, and it "follows the fashion" and is regularly changed in accordance with new trends in the global automotive industry. This is all about the Murano model, which is rightfully considered the flagship of the Nissan line. At least in Russia. Here&nbsp; only on our roads this car can not be found so often&nbsp; - it is chosen by those who&nbsp; understand.

The newborn, whose appearance was dated back to 2002, was initially focused on the American market, where, in fact, the model was developed. But for sure, the headquarters of the Japanese company already saw much broader prospects for this car. The Nissan crossover was built on the FF-LB platform, the 245‑horsepower 3.5‑liter VQ35DE engine was chosen as the power unit, the car's design was brutal, but it was not without elegant lines. At first it was offered in the USA and Canada, but also in Europe, where the "American" got to in 2004, it took root without any problems— and the appearance, and the article, and the internal content fully met the requirements of the Old World.

And the proper name, corresponding to the name of the beautiful Italian island of Murano, probably impressed Europeans. In the same year, the Murano began shipping to Japan. The Murano held its position in its"homeland" — in the United States and Canada, it remained the only Nissan crossover until 2007, and its sales in these regions were successful. In 2005, after a small restyling, the Nissan Murano began to be sold in Russia. People who feel at home anywhere in the world, quickly adapt to a new environment and find a common language with the local population, say-he is a man of peace. This is exactly what the Nissan Murano has become in just three years since its birth.

In 2007, Nissan showed the second generation of the 2009 model year Murano at the US Auto Show. There were a lot of changes, including conceptual ones— the basis for the crossover was the D platform, the one on which the Nissan Teana was going to be built. Major changes have occurred both in the exterior and in the interior of the car. Global sales of the second-generation Murano began in early 2008, and a year later, the novelty with the Z51 index reached Russia.

TO RUSSIA FOR A LONG TIME

In the summer of 2009, the grand opening of the Nissan Manufacturing Rus plant took place in St. Petersburg, where the Murano model was included in the production program two years later. The decision is quite interesting and bold in the sense that the sales statistics of the Nissan Murano showed that this car is unlikely to "make a cash register" for the Russian representation of the brand. Why-more on that later. At the same time, the factory already had the experience of producing a premium model— at the very beginning of production, the assembly of the Nissan Teana executive class sedan was launched here. In 2011, the prerequisites for the launch of the premium crossover production were no less. First, in the Russian market, the Nissan Murano has always had, albeit not a huge, but steady demand. Secondly, this car is a perfect symbiosis of functionality, comfort and reliability.

Here, for example, is what the production development manager of Nissan Manufacturing Rus, Boris Mezentsev, says: "When I was the head of the quality department of the plant, I used to drive different cars on duty. I can say that in many respects, including comfort, I like the Nissan Murano even more than, for example, the Infiniti. As for reliability, the warranty statistics also speak in favor of this car." What Boris says is not in any way connected with the" honor of the uniform", but is an objective opinion. For example, take reliability. It is enough to note that the Murano design uses time-tested aggregates. So, all Russian versions use a 3.5-liter naturally aspirated VQ35 gasoline engine with a capacity of 249 hp.

The reason for the difference in capacity with the overseas counterparts, which produce about 279 l. s., lies solely in the subtleties of our tax system. But this is quite enough for good dynamics of not a small car. The engine works in a pair with the equally reliable Xtronic variator, the algorithm of which optimally matches the characteristics of the motor. Moreover, the Murano engine is very unpretentious to the fuel quality and can consume AI-92 gasoline if necessary. This is certainly not a guide to action, but nevertheless… Among other things, the Murano has excellent off-road potential. To go on it in a trophy raid is probably too bold, but the expanses of our country are definitely subject to it. It is also interesting that the car did not require any serious adaptation to the Russian operating conditions— the work of the engineers of the Russian STC Nissan, basically, was reduced to the settings of the shock absorbers.

Since 2016, Nissan Manufacturing Rus has been producing the third generation Nissan Murano. Like all models manufactured at the Russian Nissan plant, the Murano production is a full cycle: stamping of body panels, welding of bodies, painting, assembly, quality control. "Our production is very flexible, and it allows you to assemble cars on the C and D platforms at the same time without any problems. This applies to the training of line operators, and to the readiness of equipment and tools, " says Boris Mezentsev. The words of the head of the production development department can be supplemented by the fact that the Nissan Manufacturing Rus conducted a pilot assembly of the hybrid version of the Nissan Murano with the QR25 gasoline engine, which is now being installed on the X-Trail. But it is, a digression that once again speaks to the high level of production at the Russian Nissan plant. The factory, where the Murano model is considered the flagship of the line of cars produced here.

An interesting dialogue took place at my dealership. A man gets out from behind the wheel of a Nissan Murano in the showroom, walks around the car, and clicks his tongue in delight. He asks the seller about the fuel consumption, then shakes his head reproachfully and ... goes straight to the Qashqai. I was so interested in the scene that I could not help but ask a strange customer-did the appetite of the Murano engine really hit him so much that he decided to switch to a crossover of a completely different level? "Noooo," the little man answered eagerly.— I am looking after Qashqai. And & nbsp;it's so & nbsp; - it's too good, damn it." I do not think that a potential buyer of the Nissan Murano will be able to confuse the economic performance of the 3.5‑liter naturally aspirated engine. Moreover, there are quite a few people who, having once made friends with a Murano, after a while change their car to... that's right, to a new Murano.

For all the time in Russia, about 47 thousand cars were sold, and you can not call it a consumer boom. The reason for this, which is a sin to conceal, is the price of the car. But it could not be otherwise— most of the components, including engines and transmissions, for the Nissan Murano are supplied from abroad. To some extent, the localization of the production of components could help, but this solution is more suitable for mass-market vehicles. No matter how hard marketers and managers responsible for production try, it will not be possible to ensure a serious load of supplier enterprises with the production of components for a premium car segment. This kind of pricing logic, I think, is the only problem with some underestimation of the Nissan Murano. The underestimation is hopefully temporary. After all, this is a car for those who understand.