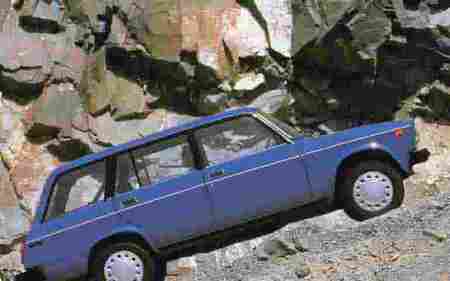 Many technical solutions used in the "Zhiguli", in fact, are more convenient and simpler than modern"bells and whistles". Let's analyze the advantages of an old "Lada" before a new car

Half a century ago, the possession of "Zhiguli" was an indisputable symbol of human success. If you drive a Giga, it means that you have everything "in the openwork". It is today that any references to the same VAZ have, as a rule, a dismissive connotation –the world has turned upside down.However, if we discard the sighs for the past time, prestige and other emotions, it is easy to name a dozen arguments in favor of the departed "Zhiguli" compared to today's cars of the same segment.

If today you transfer from any car, even a prestigious one, to the same "penny", and even take a ride at least in the yard, then the first thought is obvious: how great everything is visible! The thin front pillars of the"Zhiguli"do not block anything at all, and driving in reverse is generally a pleasure: it is easy to turn around on the seat, the rear window is there, next to it, and the head restraints do not interfere with anything…

In the Zhiguli trunk lay (or rather-stood!) a full-size spare tire that doesn't actually eat up its useful volume. Today, such a spare is a rarity: in return-either a narrow wheel assembly, or a flimsy disposable freak, and sometimes nothing at all!By the way, the manual"Zhiguli" suggested periodically rearranging the wheels: the spare tire worked on a par with everyone else.

Without the windows, the car may look more modern, but it was the windows that allowed the driver to adjust the microclimate without any electronics. For example, on the highway, it was enough to open the window slightly and leave a crack in the window on the opposite rear door, so that the car interior became cozy. In fairness, we note that all this applies to the early models of "Zhiguli": starting with the VAZ-2105 and then the windows disappeared from the "Classics".»

Electronics is modern.However, in critical situations (for example, a car fell into the water, etc.), it is the twister on the door of the same "Zhiguli"that will help the victims quickly open the window to get out through it. And find the right button in a stressful situation! Yes, and not the fact that the battery did not short-circuit during the accident...However, in everyday life, the desire to open/close the window did not depend on the state of the key in the ignition.

The front seats of the"Zhiguli"were easily folded out, forming a pair of sleeping places. Modern anatomical seats do not allow this.

Compared to the "Zhiguli", where a fragile girl could pose on the roof without consequences, new foreign cars are made literally from foil – the body panels crumple even with minor clicks. The reason here is not only in economy-but in modern models-odnoklassniki "Zhiguli"even more. This is the price for safety: the body should easily deform, extinguishing the impact energy.

Each option of the"Zhiguli" was controlled by a specific key – everything could be turned on "blindly". There was no need to distract from the controls and drag your finger across the tactile screen to turn up the temperature or switch the fan mode.

We are used to the fact that all cars are puzoterki. And even crossovers sometimes do not differ in the clearance acceptable for our roads. The "Zhiguli" not only had a large ground clearance, but also a short front overhang – all this made it possible to pass without problems where the contemporaries of the "Classics" did not dream of.

Any kind of repair of "Zhiguli" could be carried out in the company of garage craftsmen. No removal of the batteries blocked the engine start-up system and did not require contacting the company's head office.The light bulbs in the headlights, lanterns and headlights were changed to "one-two", without requiring to disassemble the half-motor.

Modern engines are well started in any situation-there is no doubt. However, if the engine still does not start, then the driver is usually powerless: if the electronics do not allow the start, then you need to call the service and complain...Everything else is useless.But the owner of the"Zhiguli" did not give up. He twisted the starting handle, "played" with the suction, checked the "spark", sprayed ether into the carburetor – everything happened. But the car, as a rule, eventually came to life.