How is the Lada Granta worse and better than the Lada XRAY, and what does VAZ-2108 have to do with it? 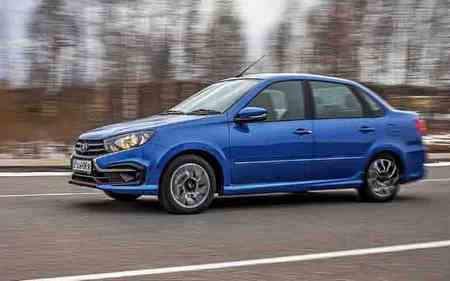 "Granta" is the last car built on the VAZ-2108 platform. "Eight" was conceived half a century ago as one of the first front-wheel drive cars of the USSR. But the B0 platform, on which the Lada XRAY is rooted, is more than twice as young. But is it better?

The "Grantu" engines are driven by domestic horsepower - engines with a working volume of 1.6 liters, developed on VAZ. In fact, these are the grandchildren of the "eight-dimensional" units. The eight-valve version features a cylinder geometry and a lightweight piston group. The sixteen-valve version is more modern. The timing drive is belt – driven, and recently "non-stick" pistons have appeared. The cylinder block is cast iron.

The XRAY is also equipped with domestic engines with a working volume of 1.6 and 1.8 liters. The latter option has complaints: the engine has become "vtykov", and maslozhor is often observed. Generally speaking, on cars with the B0 platform, you can put 1.6-liter H4M engines with an aluminum cylinder block, and it is put on the XRAY Cross, but for some reason the usual XRAY is deprived of it.

The "Grant" suspension can go down in history as the last domestic passenger car without a stretcher. Once the body was really load-bearing, as it was attached to the suspension levers, tripwires, stabilizer bar and steering mechanism. By those standards, it was considered that the rigidity of the body at the same time is quite sufficient for normal handling. However, a rigid subframe attached to the spars at four points is still better. It is attached to the suspension levers, steering gear, stabilizer bar, and even the rear support of the power unit. This scheme, in addition, increases the safety of the car in case of an accident.
On the Lada XRAY, they initially put A-shaped levers like Logan's, and then switched to L-shaped, similar to the levers of Vesta.The Granta's rear shock absorbers are mounted inside the springs, their lower ends supporting the beam. In XRAY, the springs and shock absorbers are separated. This solution allows you to get suspension modifications with different load capacities, and the car rolls better.

The Granta brakes are, in general, forty years old. However, the front wheels have become ventilated. But the rear brake cylinders have a number in the catalogues... VAZ-2105: laughter, and only! Avtomir has long produced cylinders with free pistons, and an automatic device in the spacer bar provides optimal clearance on the pads, as well as self-actuation of the parking brake. These are the ones on the Lada XRAY.

For the user and serviceman, the electrical wiring "Grants" looks preferable. The reason is simple: multiple detachable connections increase the maintainability of the machine. But Lada XRAY does without connectors. It is easier and cheaper, but it is very difficult to dig into such wiring.

The Grant's interior is small and cramped. This is especially felt in winter, when people in winter clothes are frankly uncomfortable. In the front, you constantly cling to each other with your elbows, in the back-in general, "communal", if there are three people sitting. XRAY on this background – quite a five-seater car.

Lada XRAY is much more comfortable and modern than "Grants" – there is nothing to argue about. But on the side of the "old lady" – a lower price, better maintainability and availability of spare parts. What is preferable for you?