Fear and panic buying: Wheat prices in Europe soared to a historic high 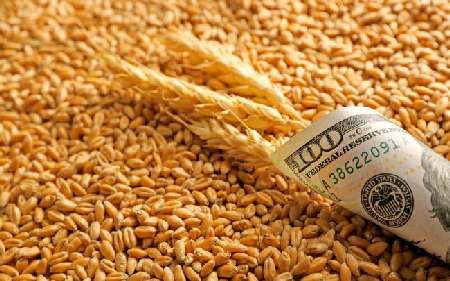 Inflation in the markets of basic food products, unprecedented in a decade, seems to be entering a new round.
Against the background of crop problems, droughts, frosts and heavy rains in key exporting countries, grain prices again sharply rushed up in markets from the United States.
On the Chicago stock Exchange, the price of wheat reached $ 8,0575 per bushel, rewriting the maximum since December 2012. In Paris, futures reached a record 297 euros ($345) per tonne amid expectations that the upcoming harvests in Argentina and Australia may not ease the shortage of grain, while fields in other countries are just beginning to be sown.

The wheat market has not seen such a long and steady growth since 2007, but it still has a way to move up, says Carlos Mera, head of agricultural products market research at Rabobank in London: "The higher the price, the more fear and panic buying in the market" (quotes from Bloomberg).
Average prices for Russian wheat increased by $ 9 this week, to $ 325 per ton, and this is the highest level since the 2012/13 season, says Andrey Sizov, director of the Sovecon analytical center. According to him, the key factors were the limited supply of grain in the world, in particular the difficulties with the harvest in Russia and Canada, as well as relatively high demand.

The largest importer, Egypt, purchased 360 thousand tons of wheat last week, and Saudi Arabia held a tender for 1.27 million tons - twice as much as traders expected.
Following wheat, bread will inevitably rise in price - from French baguettes and Italian pizza, as well as Asian noodles and African couscous. This promises a further acceleration of food inflation, which is already at a 10-year high, according to the FAO (Food and Agriculture Organization of the United Nations) index.
Its indicator, which tracks 95 of the most important food products, grew for the second month in a row in September, adding 1.2% for the month and 32.8% year-on-year. And if nominal price growth has become a record since the "Arab Spring" of 2010-11, then in real terms - adjusted for general inflation - food is getting more expensive in the world at a rate that has not been seen for almost half a century, said Alistair Smith, a senior researcher at the University of Warwick.
The growth of the real FAO food price index exceeded 20%, which for the entire time of available statistics occurred only once - in 1973-74 against the background of the oil crisis, when Middle Eastern countries imposed an embargo on supplies to the West in response to the Arab-Israeli conflict.
"If we take into account real prices, it is now more difficult to buy food on the world market than in almost any year since 1961, when the UN began to keep statistics," Smith notes.
The energy crisis that has engulfed Europe and hit China, where the authorities were forced to shut down factories due to a shortage of coal, will add problems to farmers, both local and foreign.

"If electricity shortages and production cuts continue, they could become another factor causing global supply-side problems, especially if they start affecting export production," says Louis Kuys, senior Asia economist at Oxford Economics.
Chinese producers of soy animal feed and fertilizers had to freeze production lines to save electricity. The production of dairy products, as well as pork, can also be seriously affected, since power outages will disrupt the operation of special equipment.