Robot, variator, manual or automatic? Which box is better and why? 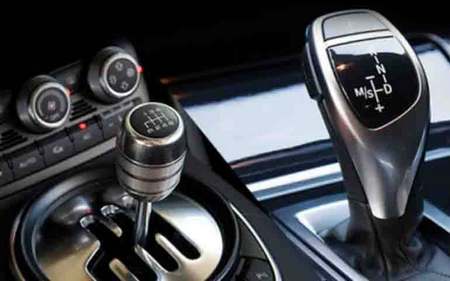 Mechanics in the list of modern boxes stands alone. It seems that its days are numbered-it will remain either on very budget cars, or, on the contrary... on very expensive ones! So to speak, for courage-they say, we are real athletes. However, to begin with, we will list the main advantages and disadvantages of manual transmissions.
Let's start with the pros-we list them. Simple design, cheap repairs, solid resource, easy to start the engine with a dead battery, no problems with towing the car, the chance to get out of the mud yourself in the swing… In addition, many drivers even today sincerely say that they want to drive a car independently, and do not trust any automatic machines. Well, they know better.

Now let's deal with the cons. In the first place, of course, are inexperienced drivers, for whom three pedals under their feet is too much. To move from a place, even more so-to a mountain: torment! At traffic lights, such cars often roll back: inexperienced drivers do not notice this. In traffic jams, the need to constantly switch something can drive anyone.
Whatever it was, there is nothing simpler and more reliable than mechanics today. But it's time to move on to the vending machines. Let's start with the robots.

Such boxes can be found, for example, on "Vesta" or "Ixray". To be honest, this is an unfinished machine, which is based on the same mechanics. However, it is considered that the clutch resource of such a box is higher. Among the advantages, we note the reliability and ease of repair. The main drawback, in my opinion, is the possibility of poor rolling back, as in the mechanics. In addition, such boxes are characterized by a slow reaction, jerks when triggered, and also emergency shutdowns during ascents due to overheating.

These can be found on "Folksas", "Skoda", "Fords", "Mini". The highlight is that different clutch discs and primary shafts are responsible for subsequent gears, and therefore the next gear is almost always ready for connection— it takes milliseconds. Hence the advantages: almost instantaneous switching, economy, good dynamics. Among the disadvantages— reduced reliability, increased price.

By design, such boxes can be considered ideal: only electric cars can be better. There are no usual switches at all: the cone-shaped discs form a kind of pulleys with variable diameters. Back cars with variators do not roll back. In practice, everything depends on the reliability of the design.

V-belt variators (Mitsubishi Outlander, Nissan Qashqai)this is the most common type of such boxes today. The presence of a torque converter ensures a smooth start of movement. Such boxes are simpler and cheaper than the usual hydraulic mechanics. Approximate belt life— 150 ths.km.

V-chain variators (Audi A6, Subaru Forester) use a chain instead of a belt. Among the disadvantages are the limitations in the transmission of torque.
From the incidents of variators, we note... virtual steps-an obvious step back! However, it is believed that such boxes are more popular with drivers.

A design that has been worked out for decades can be found anywhere. The number of steps increases all the time: more-better! Among the advantages, we note the advanced circuitry and the ability to transmit solid torques. Disadvantages? Inferior in efficiency and smooth switching to variators!

I vote for hydro-mechanics: it has, in general, no disadvantages. Of course, I would like the number of steps to be at least six. First of all, this applies to powerful cars. The CVT is good for small and medium-sized cars. As for the robots, I don't want to say anything approving about their address. Note only that the boxes with two clutches— and even then, provided that you are going to use the car for a limited time, not above the warranty period.