Rolls-Royce has a head designer again 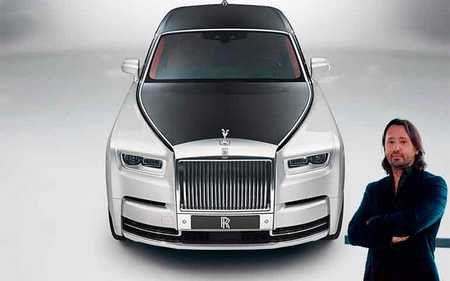 Rolls-Royce worked for more than 1.5 years without a chief designer: this position became vacant after Joseph Kaban "fled" from it in October 2019, having worked in this field for only six months. The current affairs were overseen by the chief designer of the entire BMW concern Adrian van Hooydonk and his team. But now Rolls-Royce will again have a design chief - this is Anders Warming, who will take office on July 1, writes the Auto Review.

Anders Warming is originally from Denmark, now he is 48 years old, of which almost 17 he worked in the BMW concern (with a short break for Volkswagen), being the chief designer of MINI and chief of the exterior of BMW cars. In 2016, he moved to the Chinese-revived company Borgward, and in 2019 founded his own Warming Design studio, which worked on the appearance of electric vehicles for the newly formed Hengchi brand. But now the "Chinese period" is over, and Anders Warming again (for the second time) returned to the BMW concern - now in a new role. Over the past four years, Rolls-Royce's lineup has been almost completely revamped with the Cullinan debuting, the new Phantom and Ghost, and a replacement for the Wraith coupe and Dawn convertible just around the corner. Given the long conveyor cycle of cars of this brand, they will not need to be replaced soon.

So the main task of Anders Warming will be to develop a design for the electric Rolls-Royces of the future, because the British brand has embarked on electrification with its parent concern.